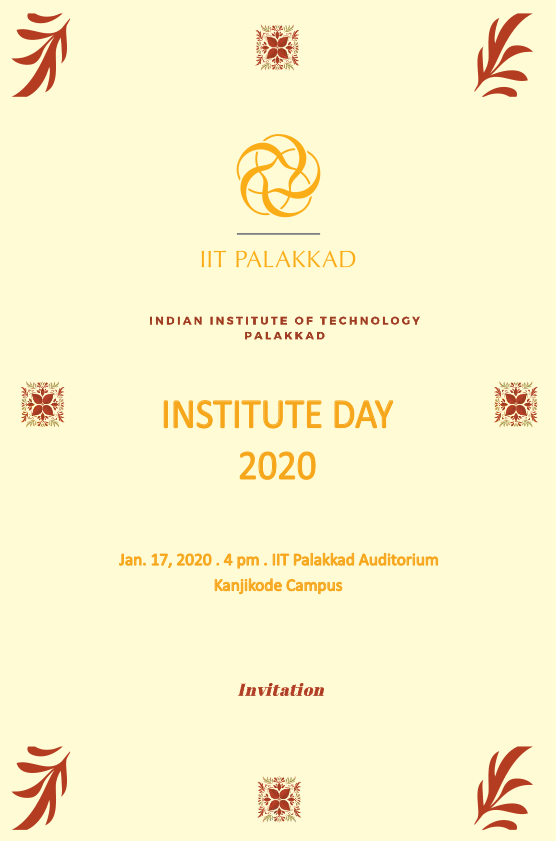 The 4th Institute Day will be celebrated on 17th January 2020.

Dr. E. Sreedharan was born in Karukaputhur village near Thrithala in Palakkad district. He completed his high school from BEM High School Palakkad and then went to the Victoria College in Palghat. He had a brilliant academic career and took his degree in Civil Engineering in 1953 from the Government College of Engineering, Kakinada, presently known as JNTU Kakkinada. After a small stint as lecturer in Civil Engineering in the Government Polytechnic, Kozhikode and later as Sub Engineer in Bombay Port Trust,  he entered the elite Indian Railway Service of Engineers in December 1954.

As an Executive Engineer on Southern Railway, he came into the spotlight when he restored in a record time of 46 days, the 126 spans of Pamban Railway Bridge, which got washed away by tidal waves on 22nd December 1963.   On his retirement, he headed the Konkan Railway Corporation Ltd as its CMD and executed the 760 km long Konkan Railway from Mumbai to Mangalore, through the most difficult terrain in an incredibly short period of seven years. Afterwards, he headed the prestigious Delhi Metro as its Managing Director. His pioneering contribution to the Delhi Metro and to the spread of Metro revolution in the country earned him the nickname “Metro Man”.  Though he retired from Delhi Metro in December 2011, he is still active as the Principal Advisor, Delhi Metro Rail Corporation (DMRC), overseeing many Metros of the country, including the Kochi Metro.  He had served in the High-Level Advisory Group on Sustainable Transport (HLAG-ST) of United Nations for UN Secretary General Mr. Ban Ki-moon.

Dr. Sreedharan is recipient of many prestigious awards from the Government and professional bodies in India and abroad.  Government of India awarded him “Padma Shri” in 2001 and “Padma Vibhushan” in 2008. He has been awarded Honorary Degree of Doctor of Science/ Philosophy/Literature by many IITs/Universities (18 in number). The President of French Republic awarded him the highest civilian honour of “Chevalier de la Legion d’Honneur” (Knight of the Legion of Honour) in 2005.  He was named one of the “top 25 newsmakers of 2005” by US’s premier publications on construction industry “Engineering News Record”. He has been bestowed with the second highest civilian award of Japan by emperor of Japan “The Order of Rising Sun, Gold and Silver star” on 06th November, 2013.