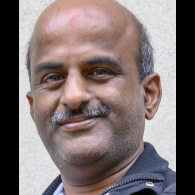 During the early days of Covid-19 pandemic, medical doctors in Europe and the US found a small section of young patients either recovered from Covid-19 or previously exposed to SARS-CoV-2 developing a novel multi-systemic disease condition which has a close resemblance to an earlier-known illness called Kawasaki disease.

Called  Multisystem  Inflammatory  Syndrome  in  Children  (MIS-C)  in  the  US  and Paediatric inflammatory multisystemic syndrome (PIMS) in Europe, the new condition had  several  overlapping  symptoms  and  manifestations  similar  to  that  of  Kawasaki disease,  prompting  a  section  of  experts  to  speculate  both  belonged  to  the  same disease spectrum.

Now,  a  team  of  international  researchers  led  by  an  Indian  scientist,  which  analysed reports  emerging  from  different  labs  around  the  world  has  concluded  that  they  are distinctly  different  diseases  even  though  they  share  many  symptoms  and  elicit somewhat  similar  immune  response.  They  also  found  that  Kawasaki  disease  and MIS-C have varying degrees of hyper inflammation and misdirected immune
responses.

In a review published in Nature Reviews Rheumatology on October 29, the researchers  led  by  Jagadeesh  Bayry,  Professor  at  the  Department  of  Biological Sciences  &  Engineering  at  the  Indian  Institute  of  Technology  (IIT)  Palakkad,  bring much more clarity on manifestations of both these syndromes, making it possible for clinicians to offer better clinical outcomes to those children suffering MIS-C.

“The  significance  of  the  review  lies  in  the  fact  that  it  provides  a  nearly  complete picture  of  MIS-C  including  its  pathogenesis  and  offers  critical  comparison  with Kawasaki disease,” says Professor Bayry, who joined the IIT early this year after 15 years at the French National Institute of Health and Medical Research, INSERM.

Discovered  more  than  50  years  ago,  Kawasaki  disease  is  a  paediatric,  systemic inflammatory vasculitis. The disease leads to the inflammation of blood vessels. The most important long-term consequences of Kawasaki disease relate to abnormalities of  the  coronary  artery,  and  it  is  now  the  most  common  cause  of  acquired  heart disease  in  children  in  the  developed  world.  A  very  small  percentage  of  children suffering  from  Kawasaki  disease  may  develop  aneurysms  (weakening  or  bulging  of an  artery  wall),  which  may  increase  the  risk  of  blood  clots  in  the  coronary  arteries, potentially leading to a heart attack or cause life-threatening internal bleeding.

Even  though  both  MIS-C  and  Kawasaki  disease  have  some  overlapping  symptoms, there  are  important  epidemiological  and  clinical  differences,  the  scientists  concur.   Both  the  diseases  are  triggered  by  infectious  diseases  (though  the  triggers  are discrete!)  and  are  associated  immune  system  alteration,  systemic  inflammation  and cytokine  storm.  But  there  is  a  distinct  difference  in  frequency  of  severity  reported  in these two diseases. While lesser than 10 per cent of Kawasaki disease are seen to develop  more  severe  Kawasaki  disease-shock  syndrome,  which  requires  the  use  of intravascular fluid resuscitation and vasoactive medication, shock and depressed left ventricular systolic function are more frequent with MIS-C, with reports indicating 40– 80 per cent of patients present with shock.

Similarly, unlike Kawasaki disease, there is a surprising lack of reports of MIS-C from Japan and East Asian countries. In Europe and the US, on the other hand, MIS-C is most  commonly  encountered  in  children  of  African  and  Hispanic  lineage.  These epidemiological differences suggest that although MIS-C has many observable similarities to Kawasaki disease, they are essentially distinct syndromes, the scientist explain.

Chetan  Sharma  and  Madhusudan  Ganigara,  paediatric  cardiologists  at  Children’s Hospital  of  San Antonio  in Texas  and  the  University  of Texas  Southwestern  Medical Center  in  Dallas  respectively,  are  the  joint  first  authors  of  the  paper.  Among  other authors  are  Caroline  Galeotti  of  The  Bicêtre  Hospital  in  France,  Joseph  Burns  and Denise  A.  Hayes  of  Cohen  Children’s  Medical  Center  in  New  York,  Fernando  M. Berganza  of  Driscoll  Children’s  Hospital  in  Texas,  Davinder  Singh-Grewal  of  the Sydney  Children's  Hospitals  Network  in  Australia,  Suman  Bharath  of  the  John  F Kennedy  Medical  Center  in  New  Jersey  in  the  US,  and  Sujata  Sajjan  of  Northwell Health Laboratories in New York.

The current review also brought to fore many other facets about MIS-C. With the help of  studies  carried  out  elsewhere  it  pointed  to  a  key  role  played  by  spike  protein  of SARS-CoV-2 in triggering the cascade of inflammatory changes that eventually lead to  MIS-C.  It  also  highlighted  the  role  of  mutations  in  immunoregulatory  genes  and dysregulated activation of immune cells and auoantibodies contributed to the MIS-C manifestation.

“As  long-term  consequences  of  these  patients  are  not  known,  regular  follow-up  of these patients is required,” Bayry says. 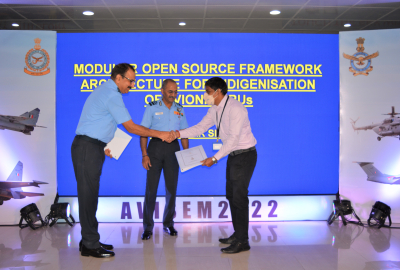